Dear Visitors,
Unfortunately, we have to cancel the event tonight by reason of illness. Please accept our sincere apologies for such a short notice and any inconvenience this may have caused.

Berlin-based poet Hinemoana Baker of Aotearoa, New Zealand and Hamburg-based poet Emelihter Kihleng of Pohnpei, Micronesia will perform poetry inspired by “KILEL OH KAPWAT: Reconnecting Pohnpeians with our Past” a presentation in the Zwischenraum as well as other ekphrastic poetry.

Hinemoana Baker is a New Zealand poet, performer and writer currently living and writing in Berlin. She writes and performs in English, Māori and more recently German, in collaboration with Ulrike Almut-Sandig. In their poetic duets, each performer sings and speaks her own and the other’s texts in an audio jigsaw that pushes the concept of translation into new shapes.Hinemoana has travelled and performed extensively in the last 20 years, has published three poetry collections, edited several more and produced five albums of her original music and poetry. Her stage shows pivot around sonic art, collaged language, lyric poetry and family storytelling – as well as what she calls ‘bad jokes and good times.’ She came to Berlin on a funded fellowship as the Creative New Zealand Writer in Residence 2016.
Hinemoana traces her mixed ancestry from several Māori tribes and also from England and Oberammergau. Many cultures converge and challenge each other in this writer’s work — most obviously, her parents’ Māori and settler ancestries, but also her sexuality, her takataapuitanga, which she defines as ‘indigenous queerness’.
As well as writing and performing Hinemoana has worked as a radio broadcaster, a teacher of graduate and undergraduate creative writing, a quit smoking counsellor and a bookseller.

Emelihter Kihleng is a curatorial research fellow at the MARKK working on a project focusing on photographic portraits taken of Pohnpeians from Pohnpei Island, Micronesia during the Hamburg South Sea Expedition. Emelihter recently served as Cultural Anthropologist for the Pohnpei Historic Preservation Office prior to moving to Hamburg. She holds a PhD in Pacific Studies from Victoria University of Wellington in Aotearoa New Zealand and is a Poet. 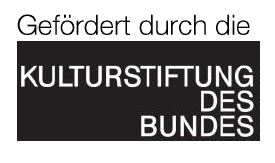