One of the earliest Arctic holdings in the museum is the collection of West Greenland objects collected in 1877 by the now controversial Norwegian ethnographer Johan Adrian Jacobsen, which he had compiled on behalf of Carl Hagenbeck for an ethnological exposition organized in 1878. From 1909 to 1925, the museum acquired another collection from Greenland from the ethnomusicologist Christian Leden. An outstanding section is the collection of masks from the Arctic and the Northwest Coast compiled by the Parisian art dealer Charles Ratton from 1936, who was in close contact with surrealist artists.

Further focus areas of the collection are the regions of the Northwest Coast, the Plains and Prairies and the Southwest. Especially noteworthy is the significant collection of the famous Hamburg art historian and cultural scientist Aby Warburg, who acquired clay vessels, Katsina figures and dance regalia from the Southwest of the USA in 1895/96. The collection also includes modern artisan craftwork from the 1980/90s, a. o. by Blackfeet artists and sculptors from the Northwest Coast, as well as works by contemporary artists such as Fritz Scholder, Richard Glazer Danay and Jaune Quick-to-See-Smith.

The comprehensive archaeological collections are the focus area regarding this region. Prime examples from Mexico are the collections of the Hamburg merchant and scientist Hermann Strebel and the German-Mexican Albert Hackmack, both of which came to the museum around 1900. As early as 1880, the Hamburg merchant and later museum director Carl Wilhelm Lüders also contributed a considerable Mexican collection. More archaeological objects were donated by the Hamburg senior teacher Hugo Leicht in 1926. From Central America, larger collections mainly came in the 1920s through the former museum director Franz Termer and in the 1950/60s through his student and later curator Wolfgang Haberland, who had acquired them as part of their research in Guatemala, Panama, Nicaragua and Costa Rica.

Of particular importance, also in Peru itself, is the archaeological collection from Northern Peru gathered by the North German researcher Hans H. Brüning. A large number of fine gold, silver and bronze artifacts are supplemented by a comprehensive archive of documents and photographs. Another prominent example is the large collection from the south coast of Peru, gathered by the Bergedorf merchant Hermann Rödinger, which mainly comprises textiles and funerary vessels.

As to the 19th and 20th centuries, the holdings from Guatemala are a key focus because of their quality and extent. The considerable textile collections of the coffee traders Georg and Milly Mann as well as Carlos Elmenhorst demonstrate clothing traditions from all regions of Guatemala. The expeditions of curator Bernd Schmelz have recently enlarged these holdings.

In the course of the 20th century, several large collections from the South American lowlands came to the museum through well-known scientists, including Theodor Koch-Grünberg, Curt Nimuendajú, Herbert Baldus, Franz Caspar, Father Protásio Frickel and Borys Malkin. Particularly worth mentioning is the collection of Gustav J. Vollmer, which came to the museum as early as 1850 comprising some early feather objects from the upper Rio Negro region.

The collection of African-American cultures from Surinam by the well-known US-American anthropologist Melville Herskovitz from the 1930s is exceptional. The modern collection of the ethnomusicologist Tiago de Oliveira Pinto on Candomblé documents one of the most important Afro-Brazilian religions. From the Andes region as well as the Chaco region there are several smaller collections worth mentioning, among others on the Mapuche from Chile and Argentina, as well as textiles or colonial silver jewelry from Peru and Bolivia.

List 2: COLLECTION Americas from 1921
In order to confirm to privacy laws, this list is published without the names of collectors or former owners. Please address your questions to the regional curators or to info@markk-hamburg.de
Read more 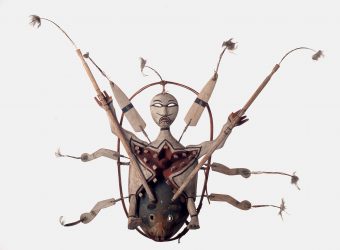 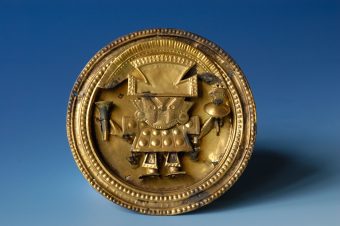 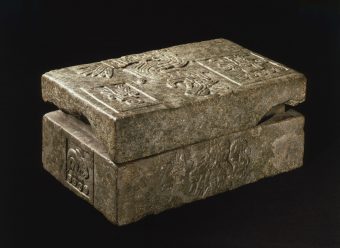 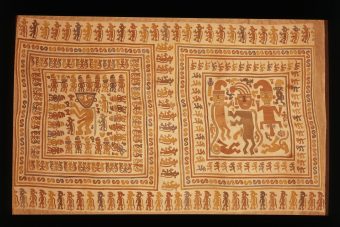